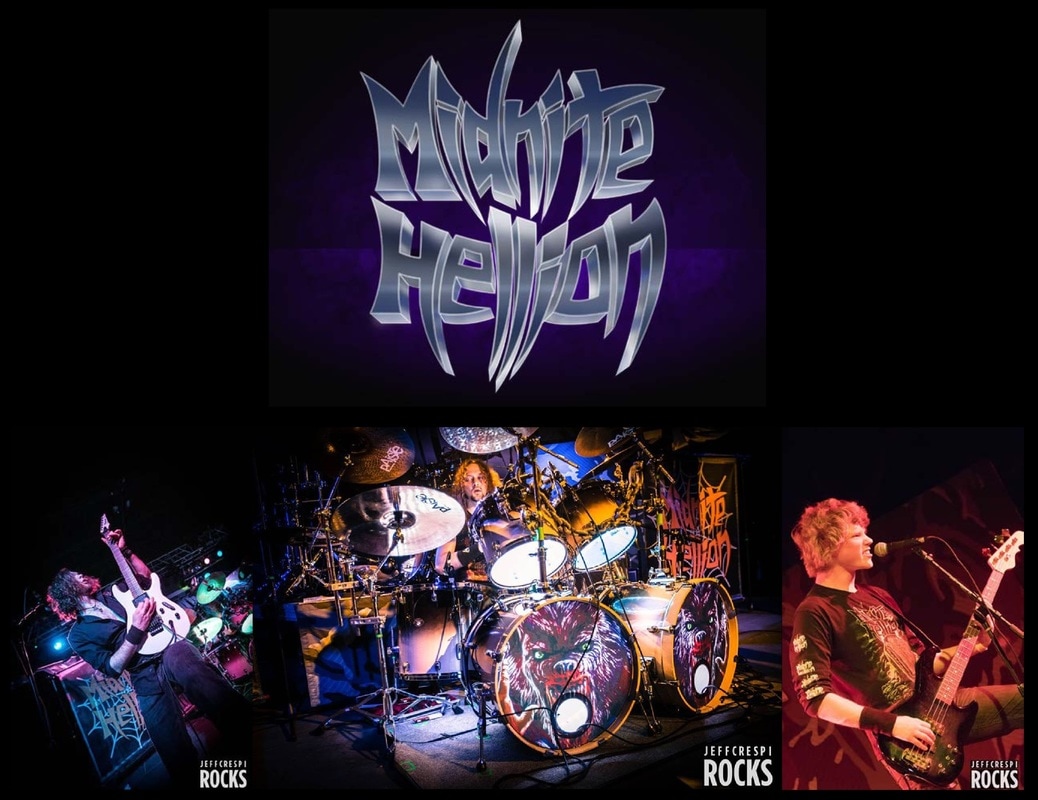 For fans of Judas Priest, Exodus, Grim Reaper, OverKill, Armored Saint, and Warlock
Out of the barren wastelands of Trenton, NJ, comes MIDNITE HELLION!  Formed in April 2011, the Heavy Metal quartet is hell-bent on bringing proper Metal to the masses by fusing Traditional Heavy Metal with Thrash Metal to create a sound that is relentless and infectious.

Witches Brew recording artists MIDNITE HELLION has been delivering high-energy live shows since their inception, having toured the Northeast Coast of the US and performing at the Ragnarökkr Metal Apocalypse 2014 in Chicago, alongside GRIM REAPER, RIOT, PICTURE, THE SKULL, NIGHT DEMON, and many more.  Locally, they will support UDO DIRKSCHNEIDER in February 2017, and have also supported OVERKILL, PRONG, MUNICIPAL WASTE, RAVEN, DIAMOND HEAD, OZ, ARTILLERY, OBITUARY, BLOOD FEAST, WHIPLASH, DECEASED, MORBID SAINT, ANVIL BITCH, SWASHBUCKLE, and REVOCATION, to name a few.

Armed with their new full-length, "Condemned To Hell," the band is hell-bent on bringing their brand of Heavy Metal to the world, starting with a tour of the United States in March 2017.  MIDNITE HELLION is a monster that cannot be tamed.